Is Anxiety A Strong Early Indicator Of Alzheimer’s Disease? 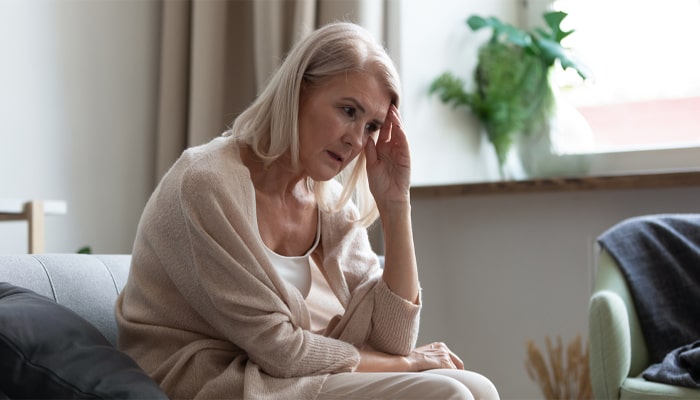 Also known as senile dementia, Alzheimer’ disease is a progressive disease of the brain. This destroys memory and other vital memory functions. It also leads to disturbances in planning, reasoning, perception, and language of the patient. Alzheimer’s disease is one of the most common causes of dementia in the U.S.

Primary risk factor of having Alzheimer’s disease is increased age; however, other factors like genetics also play a role in developing this disease. The possibility of having this disease increases after the age of 70, and it can affect around 50% people over 85.

Following Are Few Signs And Symptoms Of Alzheimer’s Disease One Should Watch Out For:

There is no cure, but the disease can be managed with medication based as well as non-medication based treatments. The medicines can help ease the symptoms in some patients. They can aid in slowing down the development of the disease.

It is essential to talk to your doctor and figure out what options will work best for you. The doctor will assist in choosing the best treatment based on your age, medical history, and overall health. The severity of disease is also taken into consideration.

Finally, medication or therapy that will work best for you and your lifestyle will be recommended. Furthermore, the drugs will help break down a chemical in the brain called acetylcholine, which is important for learning and memory.

The process of symptoms getting worse could be slowed down with these drugs. The effect of these drugs may last for a short time i.e. six to twelve months. Some common, mild side effects include vomiting, diarrhea, fatigue, nausea, weight loss, insomnia and loss of appetite.

Recent research on the disease suggests a strong link between anxiety and the possibility of developing Alzheimer’s disease. The study supports the hypothesis that neuropsychiatric symptoms could represent an early onset of the disease in older adults. In the past scientists studied factors such as depression that leads to Alzheimer’s.

However, a recent study focused on specific Anxiety symptoms and concluded that it could be an early sign of the beginning of Alzheimer’s disease. Common Anxiety symptoms include fear, uneasiness, panic, insomnia, restlessness, heart palpitations, nausea, inability to set aside worry, not being about to stay calm, shortness of breath, tense muscle, etc.

In case further studies validate anxiety as an early sign of Alzheimer’s disease, it would become extremely important to identify people with Anxiety symptoms, as well as treating it effectively.

Several Anxiety drugs (Like- Prozac, Lexapro, Zoloft, Effexor, Cymbalta, etc.) are available to help people deal with this condition. Antidepressants such as escitalopram and fluoxetine work well in treating the disorder. Other than Anxiety drugs, counseling such as psychotherapy also helps in overcoming anxiety.