What is the mode of buying Pamelor (Nortriptyline) online?

It is now easy to buy Pamelor (Nortriptyline) by placing an order at MedsEngage Pharmacy. People can directly place the order at medsengage.com or can chat with our customer care representatives. For more information, people can visit the How to Order page on medsengage.com.

How can patients get Pamelor (Nortriptyline) Online?

Is a prescription required for Pamelor (Nortriptyline)?

What is the maximum quantity of Pamelor (Nortriptyline) that can be ordered?

90-days supply is the maximum amount of Pamelor (Nortriptyline) that can be ordered online from MedsEngage at a time. The quantity is based upon the directions and amount stated in the provided medical prescription. Refilling of medication is also there for future conditions.

How about the safety of ordering Pamelor (Nortriptyline) online from MedsEngage?

What about coupons for Pamelor (Nortriptyline)?

Yes, coupons for Pamelor (Nortriptyline) are available at MedsEngage Pharmacy. Pamelor Coupons offer an extra discount to people to save their expenses on medicines. People can make use of the coupon code mentioned on the MedsEngage pharmacy coupon page. They can use the Pamelor (Nortriptyline) coupon at checkout to attain swift discounts so that they can pay less for their prescription.

Is there any option for delivering medicines to the United States?

Yes. MedsEngage Pharmacy ships medications all around the United States of America. Once the medicine has been dispatched, the customer receives an email notification on their registered email id.

Does MedsEngage Pharmacy have an option of express shipping?

What is the procedure for refilling a prescription?

It is easy and time-saving to get a refill of Pamelor (Nortriptyline) with MedsEngage. By just going to the reorder section of MY Account Tab, customers can simply put a refill for their medicine. Also for ordering a refill, you can call us or chat with customer support.

Does MedsEngage Pharmacy have an auto-refilling option for prescriptions?

MedsEngage Pharmacy does not automatically refill prescriptions for Pamelor (Nortriptyline). As it can be the case where a person no longer requires similar medication or the concerned doctor might go for dose adjustments or other factors. Yet, there is a refill reminder service available with us.

I've had consistently great experiences for almost 2 years with this company. My cost for this medication after insurance would be $800+ monthly. Ordering from medsengage is easy and affordable. Highly recommend.

The service from MedsEngage is awesome. Happy to have been able to save money on this very expensive prescription. No dissatisfaction here.

I am very pleased with MedsEngage

I am very pleased with MedsEngage. The only time my order was late was during Covid-19, and that was understandable. Thank you

My prescription actually arrived sooner than I had expected. Prices are great! My only negative would be that I wish I could use Visa or Mastercard.

I highly recommend them

I’ve been getting prescriptions from Meds Engage for several years now. Always great customer service and quality products at really good prices! I highly recommend them.

It has been a pleasure doing business with this company

It has been a pleasure doing business with this company. Their products are competitively priced, the shipping is fast and seamless, the packaging is of a quality so as to protect the product. Additionally their customer service department has always been very responsive and comprehensive.

I have been dealing with ME for four years

I have been dealing with ME for four years. The price for my presciption in the USA is $1500. I get the exact same thing through ME for $150. Shiping can sometimes take 30 days, but my last order got here in 10 days. Thanks ME for your good work!

I have had medications prepared by Meds Engage for many years

I have had medications prepared by Meds Engage for many years! Service is very accurate! Prices are less for same quantity of medication in stores here. I recommend the service of Meds Engage. You will be glad you changed!

My wife uses this pharmacy to get her seizure meds at a price we can afford now that we are on Medicare. They are excellent to work with. Great service, timely deliveries. Thank you for making our lives easier. 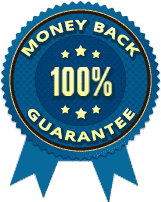