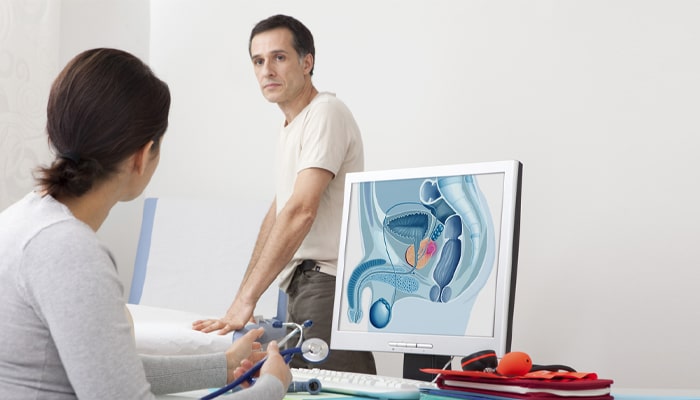 What actually is Prostate Cancer?

Prostate cancer impacts the prostate gland, which is the gland that forms fluid in semen and plays a key role in urine control in males. The prostate gland lies just below the bladder and opposite to the rectum.

Nowadays, it is the most common cancer seen in males, but is also treatable if diagnosed in the early stages. Testing on a regular basis becomes very crucial as the cancer requires to be diagnosed prior to metastasis.

Prostate is a walnut-sized exocrine gland and produces a fluid that nurtures and transfers sperm on their passage to combine with a female ovum, or egg, in turn produce a human life. The prostate contracts as well as ejects these fluids out during orgasm.

Prostate secretes a protein named prostate-specific antigen (PSA), which assists semen in retaining its liquid phase. Too much of this protein in the blood is one of the initial symptoms of prostate cancer.

The prostate cancer signs may be different for every man, and any one of these signs can result from other conditions.

Treatment is diverse for early as well as advanced prostate cancers.

If the tumor is tiny and localized, it can generally be managed by one of the following treatments:

In the early phases, patients may receive radiation therapy in combination with a hormone therapy for a period of four to six months. Treatment suggestions may be based upon individual cases. The patient must talk about all the accessible treatment options with their urologist or oncologist.

Advanced cancer is known to be more aggressive and can spread further all through the body. It can be recommended to go for chemotherapy sessions, as it is found to kill the tumor cells around the body. Androgen deprivation therapy (ADT), is another hormone treatment which is known to lower the effect of androgen. Androgens are nothing but some male hormones that have the ability to lower the tumor growth. ADT process is found to slow down and even prevent the growth of cancer by decreasing the levels of androgens. The patients would most likely need a long-term hormone therapy.

There are many drugs approved for the treatment of prostate cancer including:

Thus being diagnosed with prostate cancer might give rise to a range of feelings, like fear, anxiety, or low self esteem. While every person finds their own way to deal with it, hope this information helps you.