Alzheimer’s disease: Is your Poor Memory a Warning Bell? 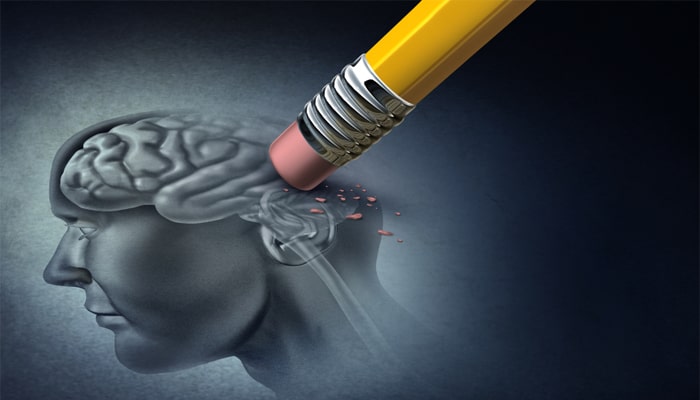 Alzheimer’s disease—one of the causative agents of Dementia in the elderly folks is currently the sixth most prominent cause of deaths in America. Dementia results in memory loss, and also affects remembrance, thinking, behavior and cognitive functioning—ultimately hampering the daily routine of the affected person and endangering his or her life.

It is an irreversible, progressive neurological disorder affecting the brain. It damages the neurons, ultimately causing cognitive decline and memory loss. The remaining undamaged brain cells lose a healthy connection among them.

About 60%-80% of people suffering from AD develop dementia in the later ages. The degree of expression varies from a mild to a severe stage. It induces neurochemical changes in the brain that cause confusion and personality change. Eventually, the patient starts depending on others for simple everyday activities.

Several factors (like lifestyle, genetics, and environment) collectively cause Alzheimer’s disease symptoms over time. Genetics dominates in just less than 5% of cases.

As it progresses, a significant shrinkage in the brain cells is observed. The disease is characterized by 2 hallmarks—

Tau proteins, which are necessary for transporting nutrients and necessary molecules across the neurons, twist at abnormal angles. They tangle and bring down the entire transport system of the brain.

The accumulation of beta-amyloid—(clumped proteins that hamper cell signaling and communication), outside the brain cells produces significant damages.

Impairment of necessary life skills and functions (like judgment, reasoning, comprehension), which reflects in poor decision making, inability to handle things or perform sequential activities and least regard for personal safety.
Poor memory deteriorates the ability to retain and remember information, even the things that you have been doing regularly.
Changes in skills, habits and routines, which include hesitant or nervous behavior, errors in speech, writing, and spelling, or forgetting commonly used words while speaking.
A poor visuospatial ability that does not result from eye disorders. Patients may forget familiar faces and objects or find themselves unable to use the simplest tools.
Personality and behavioral disorder include, but is not limited to aggression, mood swings, social withdrawal, apathy, disinterest, obsession, compulsive or socially unacceptable behavior.

Doctors check neurological functioning with an MRI scan or CT scan. A person is screened for depression and other genetic diseases. Cognitive assessment is conducted to gauge his abilities and the presence of the APOE-e4 gene is tested to validate genetic factors.

Drug Therapy—
There are no drugs that cure AD, but they control symptoms, which helps the patient improve the quality of life. NMDA receptor antagonist (Memantine) is used in combination with Cholinesterase inhibitors (Tacrine, Donepezil, Rivastigmine, etc.) to provide symptomatic relief.

It is impossible to prevent the neurochemical changes in the brain, but it is easier to control the symptoms if you adopt these as a part of your daily routine—

150 minutes of regular exercise for increasing oxygen supply to the brain.
Activities that promote balance and coordination.
Engaging in social activities (volunteering for a cause, planning community meetings, a weekend get-together with friends, etc.) to boost confidence.
Having a healthy diet rich in omega-3 fatty acids, fruits, vegetables, fiber, liquid, and proteins.
Solving riddles, puzzles, mind games, etc. for mental stimulation.
Managing stress with meditation.
Having a sound sleep of 7-8 hours on a daily basis.
Avoiding alcohol, cigarettes, and drugs.

Alzheimer’s disease may impose several challenges for not just the patient, but his family as well. Nonetheless, you can control the worsening of symptoms with proper care, treatment, and follow-ups. Find all the support that you can get from world-class doctors in the Alzheimer’s Awareness Month, starting from 21st September.