5 Reasons Prescription Drug Prices Are So High in the U.S. 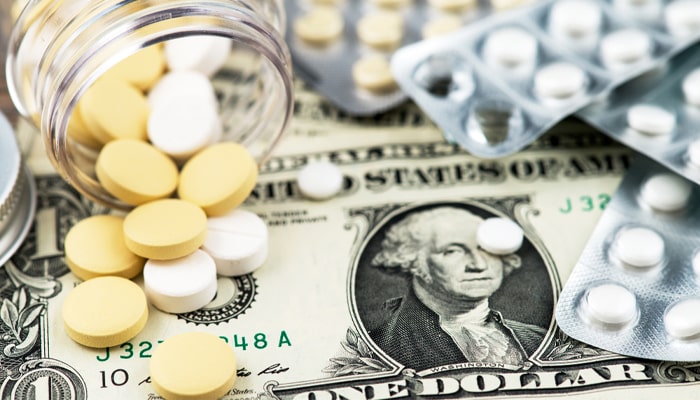 Various distinct organizations provide health care in the U.S and are mainly owned and controlled by private sector business. As per the statistics, 58% of U.S community hospitals are non-profit, 21% are government owned and 21% are for profit. As per a study conducted by the Journal of the American Medical Association, the cost of buying prescription drugs is higher in the United States of America, compared to any other country in the world. One of the most vital reasons for this high price is the government-protected “monopoly” right for drug manufacturers. This was reported by the researchers of Harvard Medical School.

5 Reasons Why do prescription drugs cost so high in U.S comparison to other countries?

These researchers reviewed studies from 2005 to 2016 and later published their findings in a journal of the American Medical Association named JAMA. In the published review the researchers have made an attempt to simplify the drug price crises. Following are the five main findings in this review:

1. Unlike other countries, the drug manufacturers in the U.S.A decide their own prices: In the U.S there is no negotiation by government entities on drug prices. Whereas in other countries of the world with national health programs, the government units either negotiate drug prices or take a decision to not cover drugs with high prices.

2. There are government-protected monopolies for certain drugs which limits the availability of generic prescription drugs in the market: With the patent system in the U.S.A, manufacturers of a particular drug get exclusivity for 20 years or more. In order to maintain their monopoly, these manufacturers use dubious tactics which sometimes prevent generics drugs to enter the market.

3. Too much time taken by the FDA to approve generic drugs: Sometimes the approval takes as long of 3 to 4 years before generic manufacturers can get permission to make drugs. State laws and other federal policies restrict generics’ ability to cost less: The law of 26 states says that pharmacists need patient consent before switching to generic drugs.

4. Without consent, pharmacists have to pay higher on brand-name drugs even though a less expensive option is available.

5. Drug prices are not justified by R&D: Although the drug manufacturers mention R&D costs when they defend the high prices, it is not exactly true as mostly the research is funded by the National Institute of Health.

What would you do to tackle the problem?

The good news is that the situation is not as gloomy as it seems. You can still save a good amount of money on online prescription drugs. When you buy drugs from an Online Canadian Pharmacy, you get several discount offers and on-time services which not only save money but also provide you with privacy and convenience. In order to provide you a legitimate and hassle-free experience, pharmacies only approve drugs after checking your prescription online.

You may also read :