Learn what Triggers Lung Cancer and Find a Cure to it! 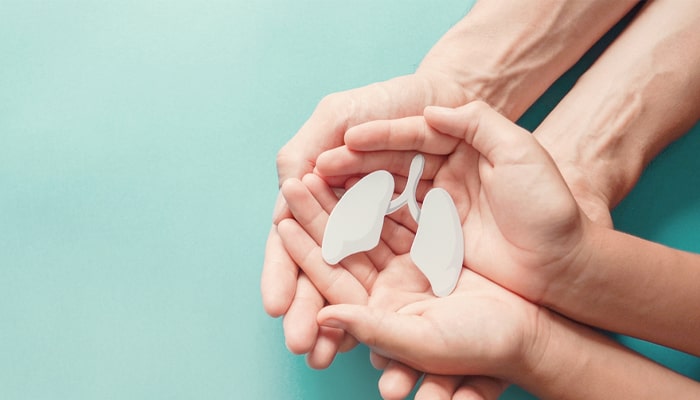 Did you know that over 154,000 people died because of lung cancer in the U.S. this year? The American Cancer Society speculates that approximately 244,000 new cases are expected to occur, making cancer of the lungs one of the most life-threatening diseases in the world. Read on to know how you can prevent it?

Around 6.5% of adults, according to the National Cancer Institute, USA, are diagnosed with lung cancer at some point in their life. This conclusion is drawn based on the data gathered between 2011 and 2013. The worst part is that the survivors of this disease are likely to relapse; developing cancerous symptoms the second time.

What is Lung Cancer?

Exchanging gases between the blood and the air we breathe is the primary function of our lungs. Lungs branch out into lobes, air tubes (bronchi and bronchioles) and alveoli (air sacs) that are involved in this gaseous exchange. They are covered by a thin, protective layer called pleura.

Normally, our body initiates and regulates a systematic process of cell division to replace old and worn down cells in the major organs. Sometimes, disruptions in this process may trigger an abnormal proliferation of cells resulting from uncontrolled cell division in the respiratory cells. This causes a tumor that may finally result in lung cancer.

Cancer may affect any part of the lungs but 90%-95% of these cases occur in the protective epithelial cells around the lungs. If you know how to detect the symptoms, you can easily control it.

Nicotine consumption in any form, whether it is smoking cigarettes, hookah or being around smokers, triggers abnormal cell division in the lung cells.

Tobacco contains over 4,000 fatal ingredients that are either carcinogens (cancer-causing agents) or produce chemical reactions in the body thus, affecting your health. (Anti-smoking Nicotine Gum)

The air we breathe contains poisonous gases and particulate matter that may affect our lungs.

Studies show that sometimes even the smokers do not develop lung cancer due to individual genetic susceptibility.

However, people who inherit poor genes (linked to cell development and DNA repair) are more susceptible to developing cancer.

Familiar predisposition that is being related to or living closer to the patients diagnosed with cancer makes individuals more vulnerable to the disease.

As it spreads to other parts, it may cause—

Sometimes, cells affected by lung cancer produce a hormone-like substance that triggers changes in the functioning of the body (also known as the paraneoplastic syndrome).

Complete cure is possible with early screening and diagnosis.

Brachytherapy or radiation therapy involves pelleting of radioactive materials inside the lungs directly on the affected cells or into the airway next to the tumor, using a bronchoscope. X-rays and other types of radiation play a pivotal role in killing cancer-affected cells.

About 10%-35% of tumorous cells can be removed surgically at Stage I and sometimes at Stage II. Surgeons perform either of these functions—

How to Prevent Lung Cancer?

Lung cancer is easily preventable if you stay alert and avoid all possibilities that can trigger cell division. Talk to a pharmacist at MedsEngage and discuss medicines, precautions, and cure to keep this lethal disease at bay.